Almost 32 percent of suppliers indicated that they’ve had less liquidity in the last six months than they had in the previous six. Nearly three in ten said they have less than 30 days worth of cash on hand, and more than a quarter said most of their customers don’t pay them for at least 60 days. Keeping a business churning — and scaling — without sufficient working capital may be an incline too steep for many suppliers, unless additional funding sources can be secured. Ultimately, the cash position of these sellers must change if they’re to survive the recovery. 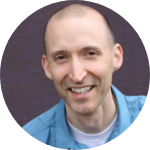