While US President Donald Trump may have stolen the headlines on the first day of Davos, it was down the road at the Tradeshift CNBC Sanctuary where the real action was happening. We kicked off our fifth year at Davos with two fascinating panel discussions.

First up, journalist Emma Crosby; UPS International President, Nando Cesarone; and RadicalXChange founder, Glen Weyl, joined our CEO and co-founder, Christian Lanng, to explore the past, present and the future of global trade. They discussed what’s fueling the current push towards protectionism, who’s winning and who’s losing the global trade war, and what can we do to build a trading ecosystem that gives access and opportunity to all.

Christian then sat down with the historian, Niall Ferguson; Marisa Drew, CEO of Impact Advisory and Finance at Credit Suisse; Sandra Ro, CEO at the Global Blockchain Council; and Micheal Casey, the Chief Content Officer at CoinDesk, to dig into the meaning of money in the 21st century. They debated how we classify value and how we’re redesigning it to democratize opportunity.

Here are some of the highlights from the day’s conversations:

A fresh take on the global trade wars

Trade always finds a way, says Tradeshift CEO and co-founder, Christian Lanng. While he acknowledges that the global trade wars can cause some disruption for businesses and force them to diversify their supply chain, the net impact, especially on consumers, has been minimal. “We’re still able to buy iPhones at the same price we always have,” he says. Companies can make a real difference by driving genuine positive change through trade. 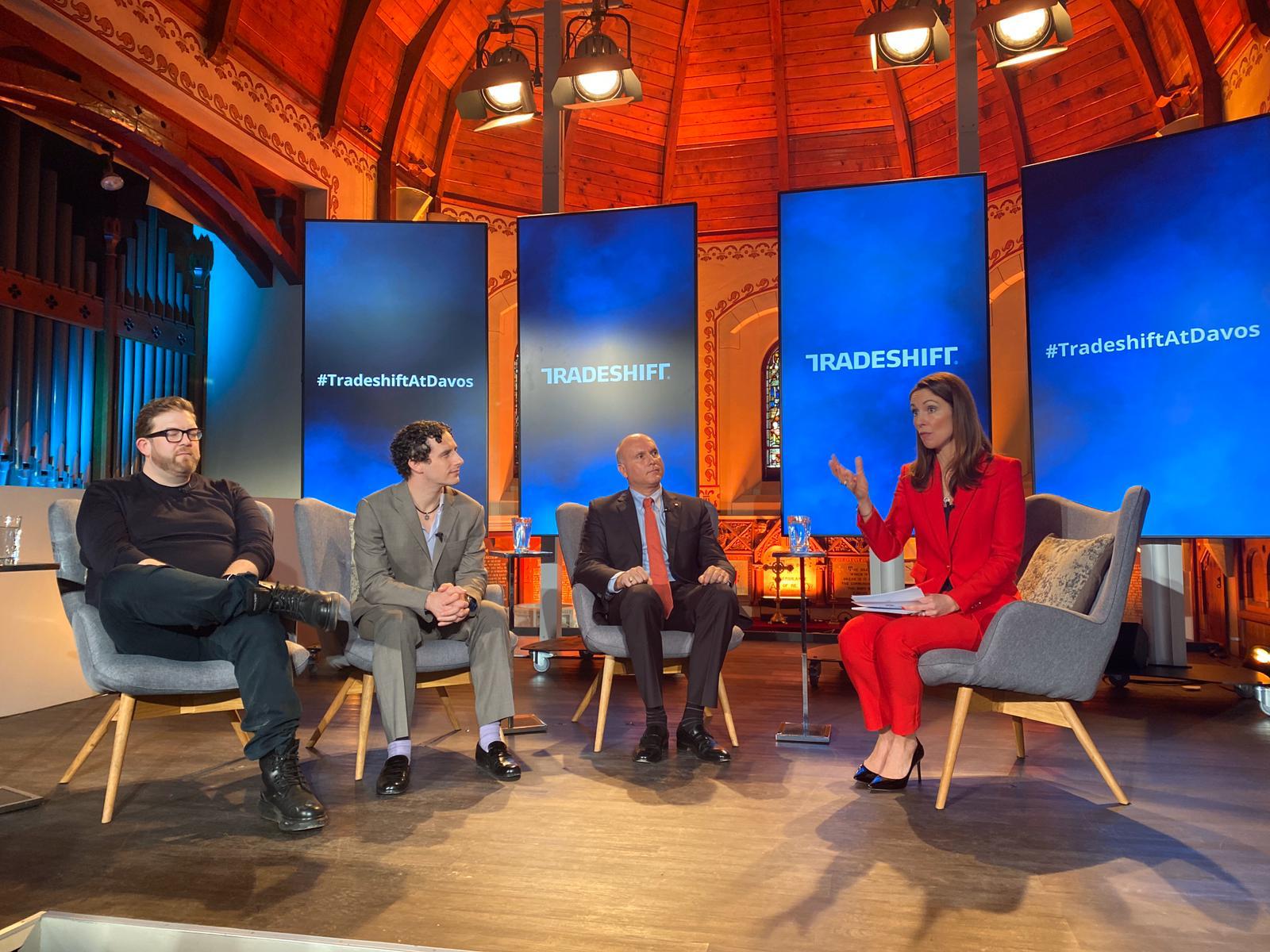 Moving from division to cooperation

RadicalXChange founder, Glen Weyl agrees that this positive change can happen, but that it’s not something business alone can drive. “If you analyse the problems that are causing many of the fractures today, such as inequality, questions around technology, and climate change, these aren’t challenges that any one government or business can solve,” he says. “I believe we need businesses and governments to work together to create strong, global democratic institutions that proactivity find answers to these issues. Only then can we build the architectures that can drive the world forward.”

Despite the current climate, our panel agreed that trade is good for businesses but that doesn’t mean that it’s entirely inclusive. There are still too many people who can’t enjoy the benefits of global trade. “If women-owned companies exported at the same rate as men-owned companies, an extra 26 trillion dollars would be added to the GDP," says Nando Cesarone, President at UPS International. So the question is how can we extend the benefits and promote fair access to the system for all? For Cesarone, the answer is reducing the red tape and friction that limits a company’s ability to participate in a global marketplace. He noted that despite improvements in technology making it easier for businesses to connect, there is still a high price associated with doing business globally.

Putting the future of money in perspective

Money is nothing but an agreement between a creditor and a debtor, says historian, Niall Ferguson. It can materialize in many ways—we’ve seen large stones, bottle caps, bits of money to digital entries considered money throughout history. And we’re currently going through the next evolution, where technology is allowing money to materialize in new forms, transforming how it’s accessed and by whom. For example, Ferguson highlights how neo-banks are delivering low-cost financial services to the unbanked. These services are expanding the financial network and creating new opportunities for individuals to be part of a system they were previously excluded from. 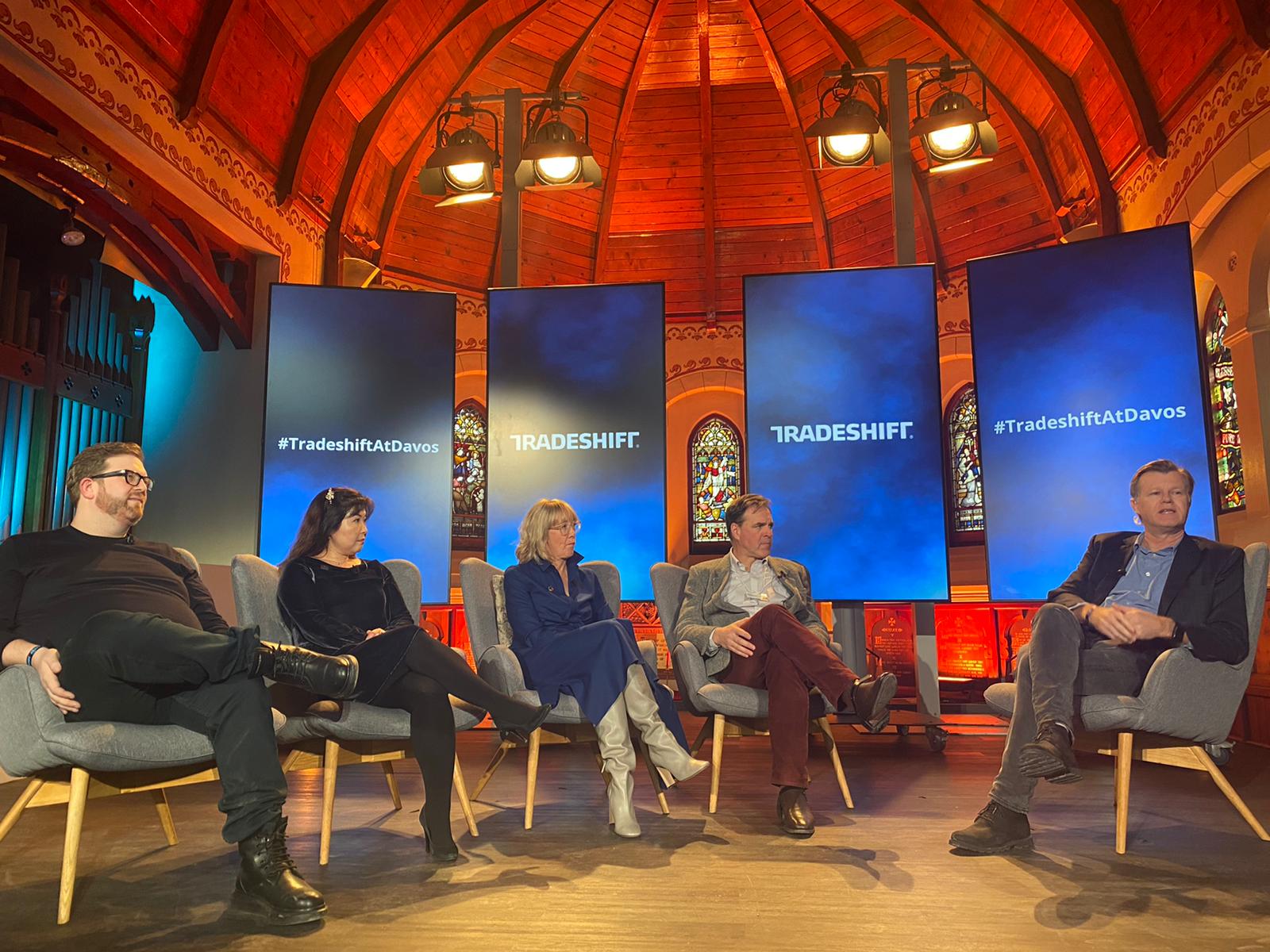 “If I could reimagine money,” says Marisa Drew, CEO of Impact Advisory and Finance at Credit Suisse. “I’d focus on using it to solve the world’s greatest challenges.” She cites the environment as an example, explaining how thinking differently about natural capital—the assets that allow humans to survive—can alter the way we tackle climate change. “Natural capital has traditionally been undervalued because we just thought about the cost of saving them,” she says. “But now we’re starting to put a price on the cost of the natural assets we’re destroying.” It’s a shift that’s changing the optics and reconfiguring how money is being used to solve climate challenges.

Crypto and the future of money

Cryptocurrencies are a perfect proof-point of the fact that money is a social construct, an imagined concept. And they may also be one of the best examples of the reimagination of money in the 21st century. But is it the reimagination that’s needed? Sandra Ro, CEO at the Global Blockchain Council believes it is. She says there is a clear need to rethink the plumbing of the global financial system so that it can meet the demands of a digital world and crypto and blockchain may be the answers. But Micheal Casey, Chief Content Officer at CoinDesk asks: if these technologies are the answer, how do we get people to believe in them and transfer their trust from the US dollar or Swiss franc? “That might be the epic battle we’re just beginning to see,” answers Sandra. “What will be the prevailing form of digital money that we all trade on? And who will dictate that: a government, a social network with billions of users, or something else?”

Tomorrow the conversation goes on at the Tradeshift CNBC Sanctuary where we’ll have several big-name guests join us to discuss the hidden cost of making fashion affordable and how we can solve the problem of tech overconsumption.

Visit our Davos microsite to learn more about our panel program and everything else we’ve got planned this week. And subscribe to our blog to be the first to get highlights and reaction from Davos in the coming weeks.