In Part One, Damian reflected on all the immense change he encountered in his 24-year treasury career and how this has transformed the role of treasury with multinational companies. In Part Two, he takes a closer look at the current technological revolution in finance and what this might mean for treasury professionals in the years to come.

New technologies are opening up whole new ways of working for treasury professionals. For example, in my last company, we ran a global treasury operation from Singapore. This was basically impossible a decade ago. But we’re only scratching the surface of what’s possible.

We already know how to transmit data files so they can be read by the IT systems of a customer or a supplier. It can only be a matter of time before we have all the information of the remittance advice as part of the data we get when we receive a payment. This will let us do the reconciliation of the payments received to the accounts receivable system via straight through processing. There are many systems out there which make it much easier to manage letters of credit, and protect against duplication (and fraud), while eliminating discrepancies. These systems already exist—they are just not as good or widely used as they should be.

We’re also already using portals for FX, and platforms are becoming increasingly common for activities like dynamic discounting. Will we see the point where bond issuance, or at least CP issuance, become pure internet auctions? Will we have a global, online market for discounting financial instruments, including receivables balances?

And, as these processes evolve and catch on, will we see a big change in the whole structure of the finance world? As we go through these initiatives, it’s often not banks who are at the leading edge. After all, payments processing is mostly about the accurate execution of large amounts of instructions. Banks are quite good at doing this—but are they the best? In China, we are already seeing internet companies virtually take over the consumer payment space—usually using the smartphone to execute transactions. Why can’t business-to-business payments go through a similar route?

In fact, it’s possible to see a world where banks disappear completely—a world in which payments are done via a cloud-based payments platform, where FX is done over the net with hedge funds (who are already driving the market), where funding and investments are done through crowdfunding portals, and where we do our factoring and letters of credit via online auctions.

Is this going too far?

Is some this a bit too much to really actualize? Probably. And those who argue that regulators will rapidly intervene and put an end to so much efficiency probably have a point. But the technical systems already exist to make all these things happen. Adoption so far has been slow, but that can change.

And this is without even taking into account all the new technologies we haven’t seen yet. There is a lot of hype around blockchain and many other new technologies. These still have a long way to go, and we, as treasurers, should be more interested in the solutions than in the tools. Very few people, if any, foresaw how the smartphone would revolutionize daily tasks, including buying groceries and checking in at airports. Could we see the same sort of transformation of how we do things in treasury?

Each change is a threat, a threat to the established way of doing things. But it’s also an opportunity. An opportunity to get ahead of the slow adopters, or just to enhance and improve the efficiency of how we do things.

All the signs are that we’re going to see even more change and innovation in the next twenty years than the last. The current geopolitical unrest may even see the US dollar lose its primordial role in global trade transactions, as other countries tire of the US government trying to use it as a political weapon to force their own policies on other countries. Such a fundamental change will require treasurers to show, once again, how adaptable we can be.

Find out what the world’s leading treasury and finance professionals are doing to take their treasury department to the next level and how you can to. 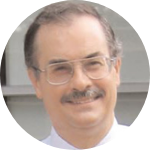