Digital technology and the rise of automation have transformed society and the modern workplace. It was digitalization that made it possible for an army of workers to work from home when the world went into lockdown. Now,  it’s started a debate over whether or not we ever really needed to go into the office to begin with.

Whichever side of that debate you’re on, one thing is certain: automation isn’t going anywhere. In manufacturing alone, it’s poised to displace 20 million jobs by 2030, and across all sectors in the US, that number could grow as high as 73 million or 46% of the current workforce.

But, what do people who actually work in some of those jobs have to say about it? In Tradeshift’s most recent study,  Are Friends Electric?, we conducted an online survey analyzing attitudes toward automation among 500 finance and accounting professionals in the US, UK, France, and Germany to see how they really felt about automation. The findings of this study help us better understand the mindsets and attitudes of finance professionals across the globe in the face of automation.

Let’s dive into some of the most interesting findings from our report and the crux of our question: what are financial professionals’ opinions about automation becoming a more significant part of their job?

Respondents to our survey were far more likely to say they felt confident and excited about the impact that increased automation would have on their jobs. No one is arguing that automation will fully take over all positions held by humans, but it’s natural for professionals to worry about the impact of this on their careers. 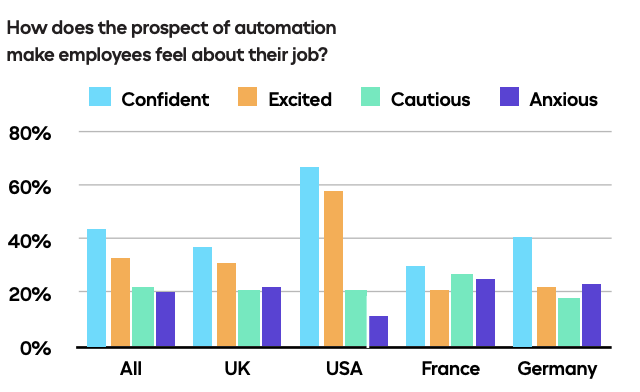 Survey respondents in the US were the most likely to feel confident or excited and the least likely to feel cautious or anxious. The split between positive and negative sentiment was far more evenly distributed in France, Germany, and the UK, where automation levels were significantly lower. This is important because it shows that the fears around automation are higher in places where it hasn’t been widely implemented. In areas where it has been widely implemented, there was a more positive experience with it. If this trend continues, as automation grows across Europe to the same levels as in the US, acceptance, and appreciation of it could be expected to grow as well.

Roughly two-thirds of respondents, from any country, felt that there were aspects of their job that would always demand a human touch. And while a quarter of respondents were worried that automation might eliminate their job, our findings suggest this is more a case of a ‘fear of the unknown’ than a reflection of reality.

We want to reiterate that these fears are not unreasonable. It’s human nature not to trust something with so much potential to change the way you work. But if the respondents in this survey are to be trusted,  the benefits of automation implementation for financial professionals today may well alleviate their concerns. 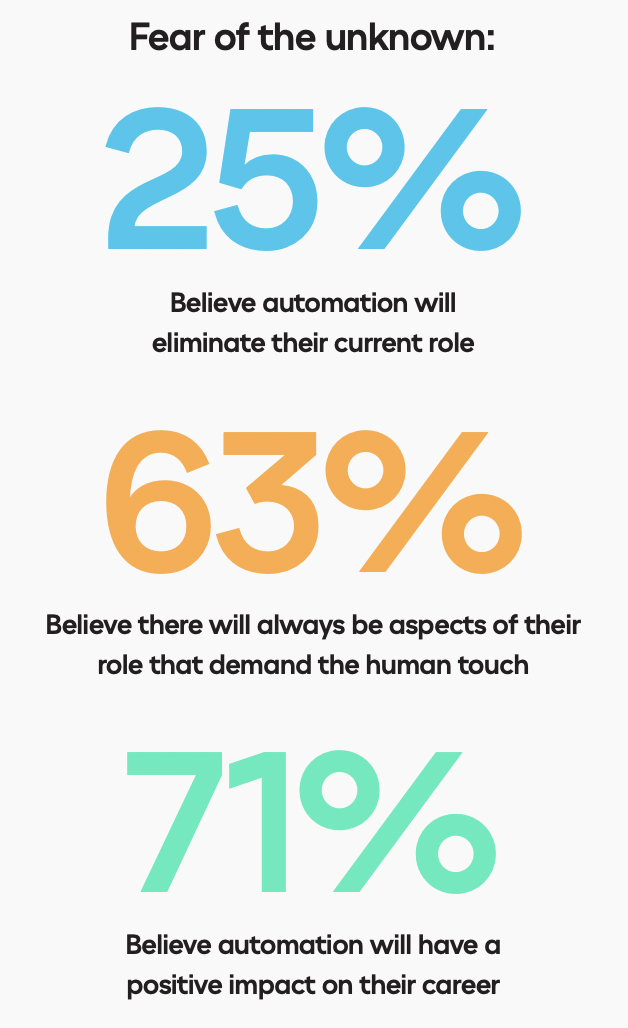 Respondents in countries with high levels of automation already in place were much more likely to say they would recommend their current job role to someone about to enter the workforce for the first time. This strongly implies that employees who have seen the benefits of automation first-hand see a bright future and plenty of opportunities in their chosen careers.

Overall, when professionals have a firmer grasp on what automation can really do for their work,  there is less of a chance that they will feel threatened by it and more of a chance that they will see its benefits clearly. We've found that those who consider themselves more cautious or anxious about widespread automation implementation are far less familiar with its advantages and functions.

After taking a closer look at our findings, we’ve seen that confidence comes from experience. Employees who’ve benefited from automation are more optimistic about their career paths and less afraid of being replaced by automation.

Want to discover more findings from our latest surveys? Be sure to read through our full report, Are Friends Electric? available for download here.

Respondents to our online survey ranged from junior employees to mid-level managers within the finance department at medium to large-sized companies. All respondents had a high level of understanding of their company's investment in technologies related to automation in their current job. 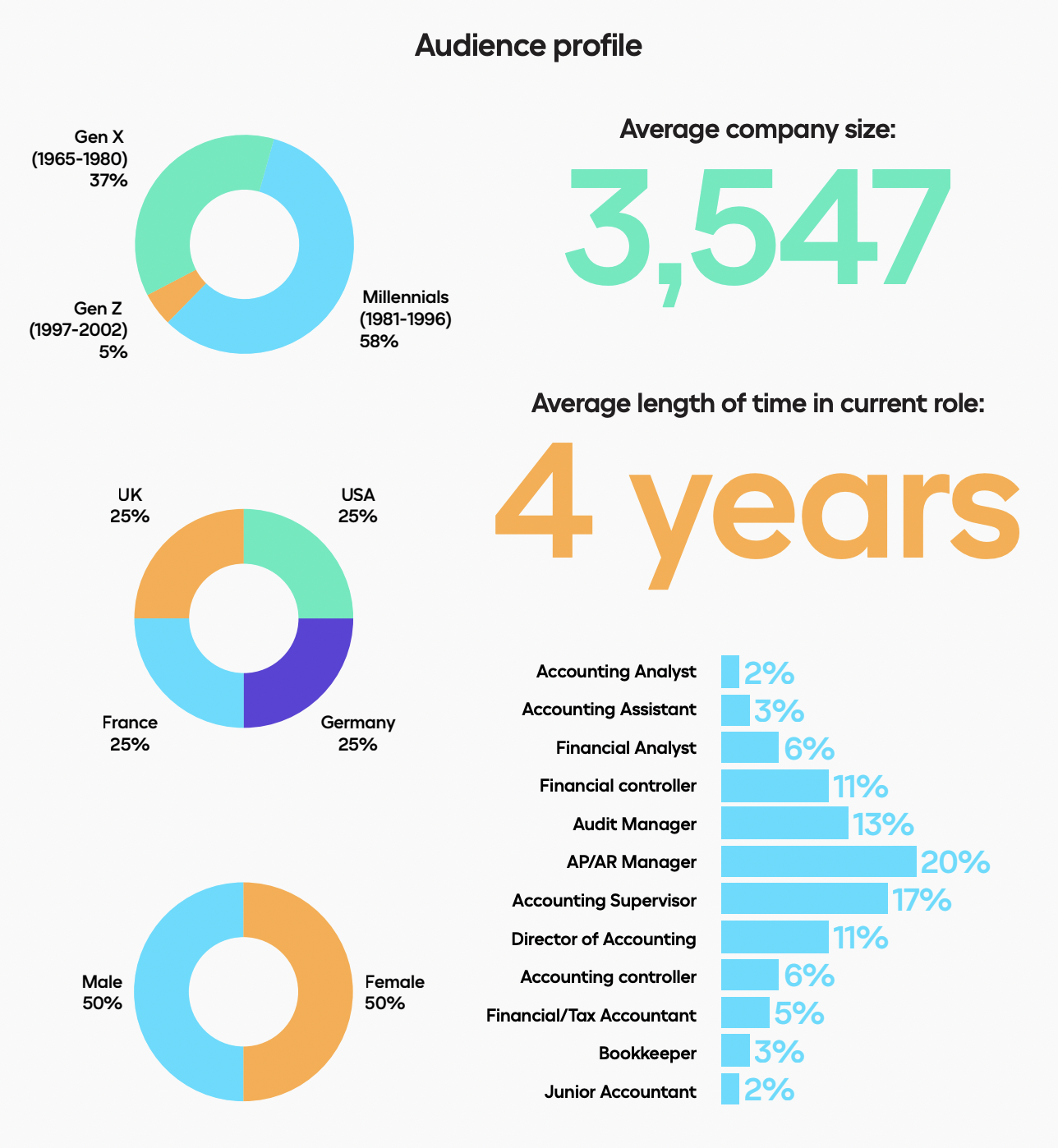 Put simply: these respondents know what they’re talking about and are beyond qualified to provide their personal opinion on widespread automation implementation. This can be a controversial topic. After all, we’re discussing significant changes to many people’s careers and livelihoods.

Get a demo now